There's a new database added in Chrome 86, dedicated to tracking media playback. Here's a first look at its contents!

Chrome 86 was released last week, with its typical set of bug fixes, new feature trials, and security fixes. I did my normal routine of generating test user data for the new version. Chrome has been fairly stable from a forensic point of view for a while; most changes have been small with minor impact to the key artifacts DFIR tools tend to look at. So I was pleasantly surprised to find an entire new file: Media History.

This file is a SQLite database with multiple tables that look to be for tracking media played in Chrome (unsurprising, given the file's name). Below are the tables and columns from the database in the collapsible indented tree format I use in the Chrome Evolution visualization. There are quite a few columns; you can interact with the graphic to expand the tables and look around.

After doing my standard test actions, I had the Media History database file in the Chrome profile but it didn't have any entries. I decided to do another test run, this time focusing on "media" actions. One of my first thoughts on seeing this new database was, "what's considered media?" Videos seemed most likely, but what kinds? From what providers? Does format matter?

Here is a table showing what "media" actions I did in my second test run and when, along with why it might be relevant:

After running through the above actions, I opened up the Media History database and took a look. Three tables (origin, playback, and playbackSession) had values of interest I wanted to examine further. The two image-related tables had a few values, but they look pretty straightforward and I'm not going to talk about them here.

There are more columns in the origin table than these (see the graphic above), but they were all null after this test so I omitted them here for brevity.

This table tracks media plays per origin. The id is used as a foreign key in other tables. Some notes on its content:

This table appears to track playback per URL (and links to the origin table using origin_id). Notes:

The playbackSession table records more information about the actual media played than any other table, including things like title, artist, and length.

My first look into the new Media History database might have raised as many questions as it answered. Regardless, it's always nice to get new browsing artifacts are introduced. I plan on adding support for parsing these items in Hindsight soon. In the meantime, if you get to experimenting with this file and can explain more about the different behaviors, please let me know! Since Chromium is open source, the code for these Media History-related tables is available here if you'd like to take a look. 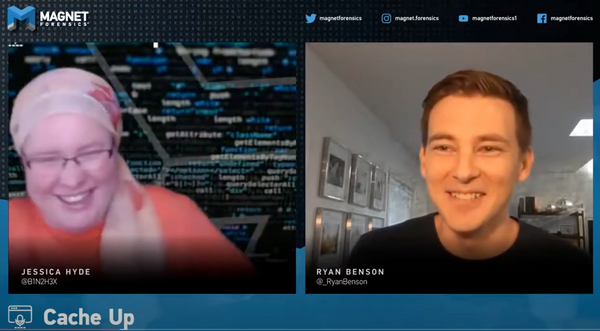 I sat down with Jessica Hyde (from Magnet Forensics) on her "Cache Up" podcast and talked about my DFIR career, open source projects, and share thoughts on how folks can get started in DFIR. Check it out! 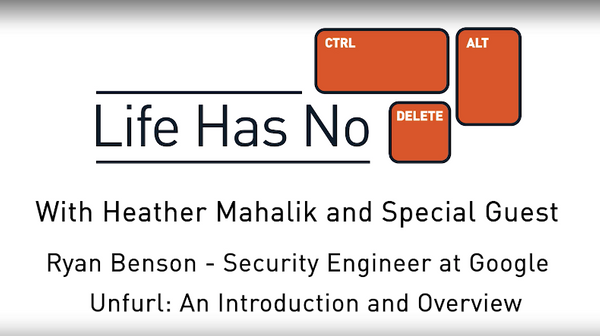 A few weeks ago I was on "Life Has No Ctrl+Alt+Del" with @HeatherMahalik of Cellebrite giving an overview of Unfurl, how to use it, and walking through (many) examples. The video recording is now up!