I was going through my bookmarks and found a write-up from a few years ago on decoding NetScaler load balancer cookies. Adam Maxwell (@catalyst256) wrote a few blog posts describing his process of figuring out how to decode the cookie and finished it off by releasing a Python script that automates his process. It's always interesting to me to see how other people approach and solve problems and the fact that it was about a web artifact made it even more so for me.

I read Adam's post, followed some links and found related works, and learned more about load balancers in general. From that, the key points for me were:

While none of this information is earth-shattering, knowing that a website is utilizing a load balancer and finding the (potentially internal) IPs and ports in use can be handy. Rather than DFIR, most of the use cases I've found for this involve web app testing or red-teaming. I also just like being able to understand what's in a given cookie, if for no other reason that to rule out that the smoking gun is hiding there :)

I had meant to create a Hindsight plugin utilizing Adam's code quite a while ago, but it fell through the cracks. I've pulled in some of his code and some from other projects I've found into the load_balancer_cookies Hindsight plugin. It will decode persistence cookies set by NetScaler and BIG-IP load balancers. Like most other Hindsight plugins, it puts the parsed information in the "Interpretation" field of the report.

Most of the IPs I've seen are internal (RFC 1918) addresses, which makes sense as generally the load balancer will have the external IP and the servers will not be internet-accessible directly. However, if a company is blessed with an abundance of IPv4 address space*cough* Apple*cough* they can use public IPs if they want. 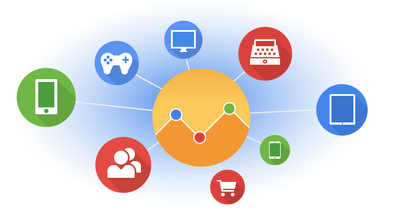 Two common questions when investigating web browsing are: (1) how long did a user spend on a website, and (2) what actions did they take while on it? We have

The Amazon Echo is a nifty little device that you communicate with via speech - you can ask it to do various tasks and it verbally replies. You preface each